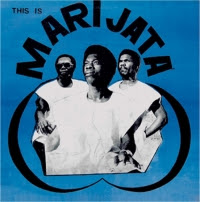 
The rawest and the heaviest of all African funk records. Brought to you by Voodoo Funk, released on Academy LPs with original artwork plus lyric sheet with a rare band photograph. Please note that the sound file for this video was recorded at low resolution from an original vintage copy of this record and not from the remastered new release which of course sounds amazing and was made to be played at full volume!

Marijata's second release "Pat Thomas Introduces Marijata" is already in the pipeline. The CD edition will be released later this year and it will contain both albums. 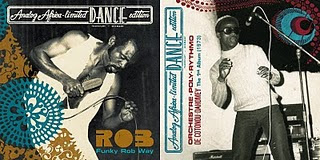 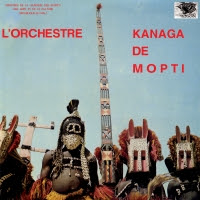 How my friend *****Tristan aka melody67nelson***** talks about this masterpiece :
Yes, another graal (and I who believed that there was one and only!) or an afro-ufo... It is probably a recording made some centuries ago, or millenniums ago… unless it was brought to us from the future by our friend the professor (Doc from.."Back to the future" !) . Difficult to say. And the creator’s origins…who knows ? But it does not seem that they are human beings… inhabitants of another planet, gods? We are getting closer to the truth ...
Some light years later...
Mopti. A harbour at the edge of the Niger river .Timeless.The Kanaga Orchestra. Hallucinating music. Timeless.
And a sacred object which resisted to time despite a long journey... 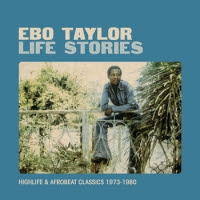 
Following his recent studio album with Afrobeat Academy, ’Love And Death’, his first international release, Ghanaian highlife guitar legend Ebo Taylor teams up again with Strut for a long overdue definitive compilation of his seminal 1970s recordings, ‘Life Stories’.
During Ghana’s highlife explosion during the 1950s and ‘60s following wartime highlife pioneers like E.T. Mensah, Ebo Taylor made his name as a prolific composer, arranger and frontman leading two of Ghana’s greatest big bands - Stargazers and Broadway Dance Band. Moving to London to study music in 1962 alongside West African luminaries like Fela Kuti and Peter King, Taylor formed the Black Star Highlife Band and began incorporating jazz elements into traditional highlife forms.
Returning to Ghana, Taylor became an in-house arranger and producer for Dick Essilfie-Bondzie’s Essiebons label, working with other major Ghanaian stars like C.K. Mann and Pat Thomas. Through the ’70s, he then recorded a number of solo projects, exploring unique fusions and borrowing elements from regional Ghanaian folk music, Afrobeat, jazz, soul and funk.
This compilation revisits this heyday of Taylor’s work, focusing on his solo albums and some of his lesser known side projects including the dynamite Apagya Show Band and short-lived Taylor-led combos Assase Ase, Super Sounds Namba and The Pelikans. The selection also touches on his writing and production work for C.K. Mann and a collaboration recording with fellow member of early ‘70s nightclub band Blue Monks, Pat Thomas.
Tracks include the anthemic ’Heaven’, sampled by Usher on his hit with Ludacris, ’She Don’t Know’, the original version of the poignant ’Love And Death’ and the rare 15-minute nugget, ’Aba Yaa’. The package features rare photos, original album artwork and sleeve notes by Soundway Records’ Miles Cleret. Hailing from Benin, El Rego et ses Commandos recorded a plethora of unbelievably soulful records in the sixties and seventies that range from traditional rhythms of West Africa, to afro-latin, afro-funk, and even Benin-style blues. E Nan Mian Nuku is a beautifully slow, deep tune which perfectly complements the raw energy of the A-side with the patience of its clave and its lilting melody. It will also be featured on a full-length El Rego album to be released on Daptone later this year. Tip!! 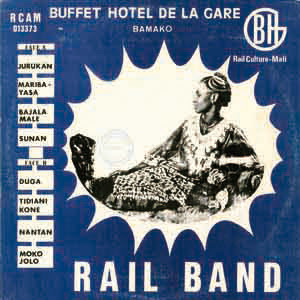 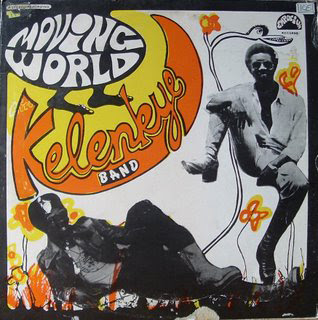 SRLP003 : KELENKYE BAND Moving world
Estimated street date : September 2011
And for those who where hibernate this essential Frimpong reissue by Secret Stash Records : 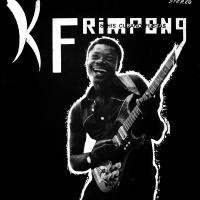 The second of his two self-titled albums released during Ghana’s music explosion of the 1970′s, K. Frimpong & His Cubano Fiestas (1977, Ofo Bros) is a celebratory and powerful follow up to the album that made them famous. Backed by the mighty Vis A Vis band (here renamed the “Cubano Fiestas”) Alhaji K. Frimpong and company create a sinuous, infectious, funky sound that once heard can’t be forgotten. This fusion of James Brown and Fela inspired rhythms with more traditional Ghanaian Highlife, despite having been created nearly 35 years ago, still sounds stunningly fresh today. Tattered original copies of the LP trade hands for hundreds of dollars. Continental Records USA is proud to partner with Secret Stash Records to present for its premiere release the first complete vinyl reissue of this essential West African masterpiece.
http://secretstashrecords.com/products-page/
Publié par Z j A k à 18:45

Sometimes life is just a dream !

This is all great! Let the weirdos shell out hundreds for the originals. I'm more than happy with a clean, brand new reissue! Bring it. Hopefully this healthy competition between all the labels will force more reissues into the market. This way we all win.