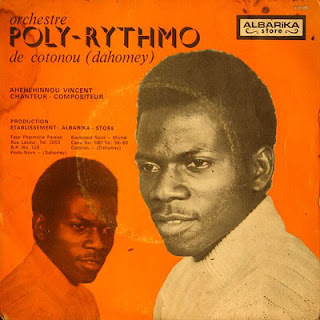 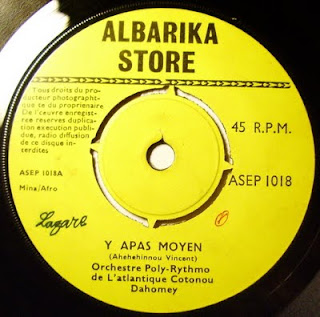 Excellent! I thought the version released in the comp "Benin Passion volume 2", credited just to Ahehheinnou, was taken from ASEP 1018, but I realize now they're two different versions . Would you like the Benin Passion version, or does everyobody here have it already? -CALUMBINHO

I didn't know that there was another version of this on Bénin passion !

This seems like a much earlier version of the Benin Passion track, and really hot stuff! THANKS.

I was living in Niger in 1972, and I have been looking for that song since then... nostalgia!
At last, at last..
Christine